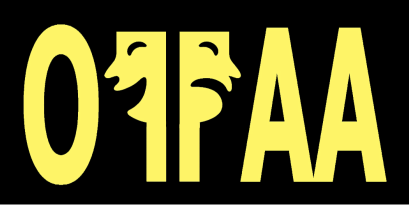 Chicago High School Edition Character Descriptions
VELMA KELLY is a vaudeville star who (allegedly) murdered her husband and her sister in a fit of jealous rage. Velma is always looking out for Number One—herself. She’s smart, confident, and assertive, and she likes being the center of attention—that is, until Roxie Hart shows up.


FRED CASELY is the furniture salesman whom Roxie kills.


ROXIE HART becomes a celebrity overnight when the news of Fred Casely’s death gets picked up by the papers. Formerly dissatisfied with her life, Roxie revels in her newfound fame. Roxie is resourceful, cunning, and willing to do anything to stay out of jail.


AMOS HART is Roxie’s hard-working husband. While Amos isn’t the sharpest knife in the drawer, he truly loves Roxie and wants what’s best for her. Though at first he is angry at her betrayal, he is willing to forgive her for the sake of their family.


Officer FOGARTY is the policeman who responds to Roxie’s crime and interviews Amos.


MATRON “MAMA” MORTON is the keeper of the keys at the Cook County jail. Although she’s technically on the right side of the law, she’s not above making deals that would not exactly hold up legally upon closer inspection. She is shrewd and business savvy. For Matron Mama Morton, it all comes down to money, and who can make it for her.


BILLY FLYNN is the best criminal lawyer in Chicago. He revels in the fast-paced world of criminal defense, thrives by thinking on his feet, and trusts his ability to spin every situation to his client’s (and his) advantage. He is a master manipulator with a ton of charisma and charm.


MARY SUNSHINE is the soft-hearted crime reporter from the Evening Star whose opinion Billy sways. She is a tenacious reporter and has lots of readers, and she is famous for humanizing the criminals she writes about.


The REPORTER breaks the story of Kitty murdering Harry and his girlfriend and also interrupts Juror One just before Roxie’s verdict is declared.


KITTY is an opinionated, wealthy socialite who kills her boyfriend, Harry, when she walks in on him at home with someone else.


HARRY is Kitty’s boyfriend whose affair unfortunately ends his life.


PRISONERS AT THE COOK COUNTY JAIL:
LIZ killed her partner, Bernie, for popping his gum too loudly. She is quite matter-of-fact about the murder and isn’t afraid to tell anyone her story.
ANNIE poisoned her boyfriend, Ezekiel Young, with arsenic after finding out he lied to her and had six wives. Annie is the perfect friend... who you never want to upset.
JUNE killed her husband, Wilbur, with a knife after he aggressively accused her of having an affair with the milkman. June is perhaps the toughest of the prisoners.
KATALIN HUNYAK is a Hungarian woman accused of murdering her husband with an axe. She speaks almost no English except for the words “not guilty.” Though all the women in the Cook County jail claim they aren’t guilty, Hunyak is perhaps the only one who is truly innocent.
MONA killed her sensitive, artistic boyfriend, Alvin Lipshitz, for repeatedly failing to be faithful to her. She appears sweet and unassuming when she tells her story.


ENSEMBLE ROLES Reporters, Jurors, etc. Chicago High School Edition features a number of ensemble roles that are essential to filling out the world of the musical.